How to define the teams in your company

How to define the teams in your company

Add and update all teams in your company.

To add a new team in Mirro you will need to access the Organization module > Teams section > Add a new team option. When adding a new team you will have the possibility to fill-in the full name of the team, the team member and the date when the team was created.

After saving the details the team will be created and added in the list. Once the team was created, you will be able to complete the profile of it. Each team is unique in its own way and this why in Mirro each team can configure its own profile. To do so, you will need to access the option view team available on every team card in part.

Once accessing the option view team you will be forwarded to a new page, the team profile, where you will be able to see all interactions involving the team, like kudos, overall objectives and time-off details.
The team profile is divided in the following sections:
- Overview section displaying information about the team components and the company values with the skills for which the team was endorsed during the time.

- Details section where you will have the possibility to visualize the following:
-> A short description / bio about the team
-> The members of the team
-> Overall objectives completed, objectives defined at the level of the team
-> Time-off details including the members which are on leave or are working from different offices than the main one 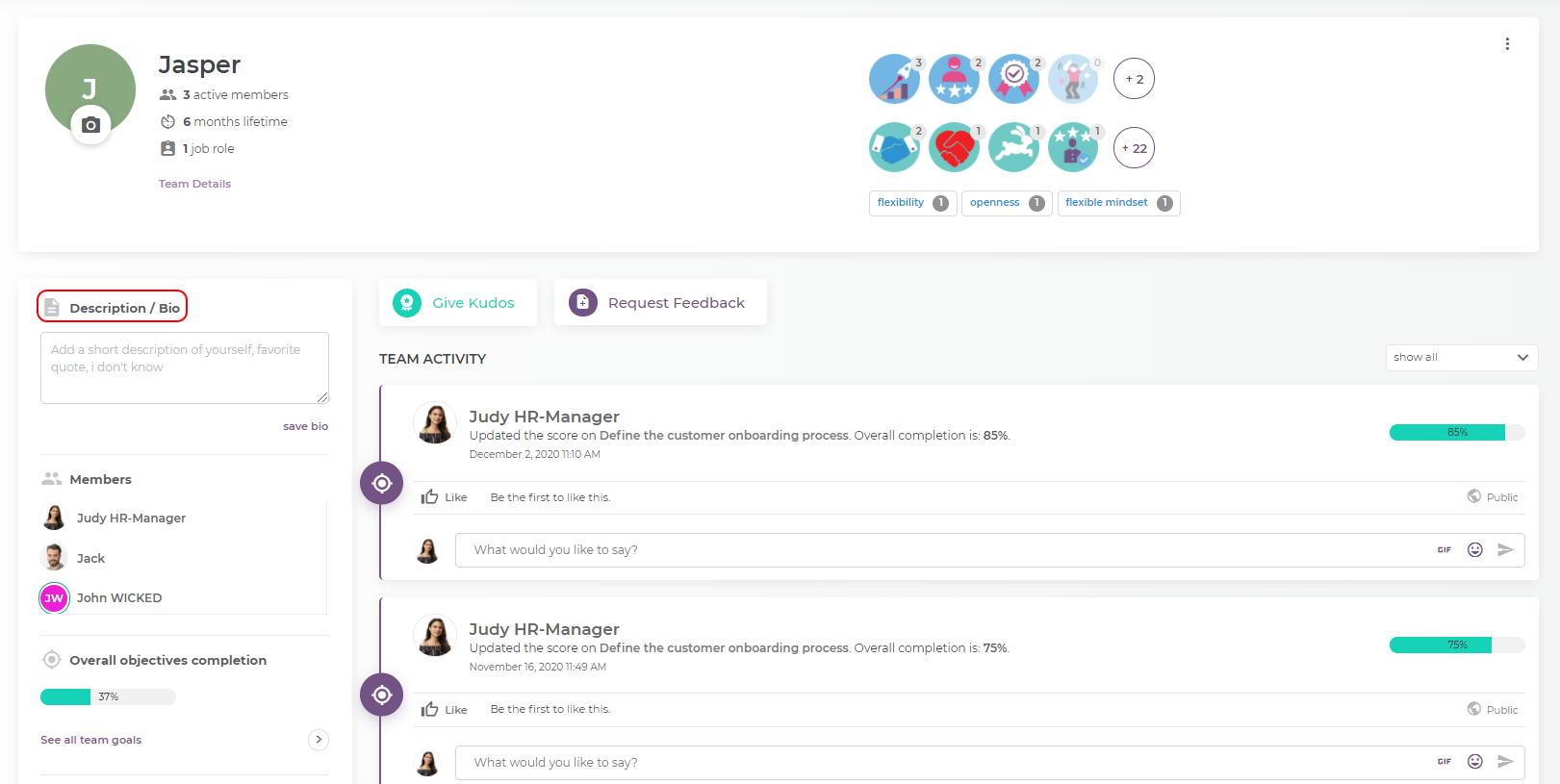 If in the future you would like to perform any changes about the team members or about the team itself you will have the possibility to do so by accessing the option Team Details available in the Overview section of the team.
Once the details were accessed, you will be able to visualize all team-members and decide which member should be changed or which one should be excluded from the team.
For the team leader you will be able to end his allocation as a team leader or even as a member per se.
For the basic member you will be able to make him as a team member or to end his allocation in the team.
In the same section if it will be needed on the future, you can also add new members.
You can also bring adjustments at the level of the entire team by editing its name, deleting it or deactivating it.

In the end, when all the details will be defined about the teams in Mirro, the information will be available for all the users within the company, no matter the access rights which the user is having.